Today’s and Future Case of The US Healthcare Insurance 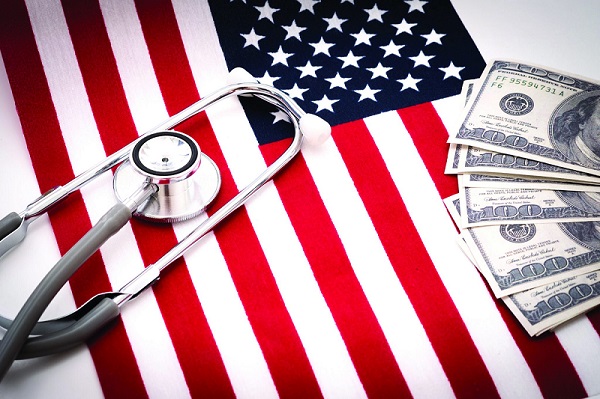 It is not cheap to get sick in the USA, so for all visitors and those who have not yet had time to understand the local rules, we have prepared a small overview about health insurance.

What is health insurance and who needs it?

US medicine is really very expensive, so you can’t neglect healthcare insurance. Another weighty argument in favor of entering into a contract is that according to the Affordable Care Act, medical insurance is mandatory for all legal residents of the country. A fine is imposed for its absence (on average, $350-$400).

Note: US citizens, green card holders, refugees, persons who have received political or humanitarian asylum, as well as holders of nonimmigrant visas (including working and student ones) are considered legal residents.

Health of the US nation: the today and future of the US health care system

To better understand the situation in the provision of medical services in the United States, you should rewind into history. If in the vast majority of countries of the world every citizen, even after waiting a week or even a couple of months in line, can count on a free appointment of a specialist paid for by social tax, then many Americans do not have this opportunity.

Contacting medical institutions directly to make an appointment for a paid visit is an unacceptable luxury for most residents of the United States. Therefore, historically, there are intermediaries between Americans and hospitals known as private insurance companies.

However, It is rather expensive to buy health insurance, so Americans mostly either get health insurance at the expense of the employer, or buy a policy through him for a more optimal price. The latter seems possible due to the fact that large companies most often negotiate with insurers about attractive prices for policies, buying them “wholesale”. For employers, the purchase or partial payment of insurance to employees is beneficial and promises some tax reduction, since the contribution to the social package of citizens is deducted from income subject to taxation.

As a result, the purchase or partial payment of health insurance has become a great way for employers to bind them to themselves. Moreover, if you can’t keep young and healthy employees with insurance, then those over 35 will think several times before changing their place of work, especially if the insurance plan also covers the treatment of their family members.

The first and only significant change in the healthcare sector until 2010 occurred in 1965 under the 36th President of the United States Lyndon Johnson. Then two programs came into force — Medicaid and Medicare. The first is aimed at providing medical care to low—income segments of the population, the second is aimed at providing medical care to the elderly and disabled. However, nothing has changed dramatically anyway.

Since the mid-80s of the last century and up to 2010, the number of Americans who have no health insurance at all has been growing rapidly. In 2008, according to various estimates, there were about 15% of uninsured citizens in the country (about 46 million people). People from this category in the United States cannot actually receive any medical care, since they cannot afford to go to doctors without insurance in most cases.

Another problem for many years remained the issue of pre-existing conditions. For example, if a person is already suffering from some severe disease and this is fixed in the medical records, then the insurance company will not cover the treatment of this disease under the contract or will refuse to enter into a contract with him at all.

This issue makes the employee’s dependence on the employer even more terrifying: if a person is seriously ill and undergoing treatment, then he will most likely not be able to change his place of work, since the termination of the insurance contract may lead to the fact that in the future he will have to pay for treatment out of his pocket. The average American, of course, cannot afford it.

Programs introduced in 1965 to support the poor and the elderly require more and more funds from the federal budget annually and significantly affect the increase in the US national debt. However, the saddest trend is that prices for the services provided by doctors are constantly running up, and the quality of these services is constantly falling down. Lines to see a doctor are also growing every year, and the shortage of doctors in the country is becoming more and more noticeable.

They tried to reform the sphere repeatedly, but only the previous US President Barack Obama managed to do it, who actually introduced universal health insurance in the country for the first time. Meanwhile, this formulation does not mean at all getting an insurance policy familiar to Europeans once and for free, but actually involves imposing paid insurance on all segments of the population.

Bill Clinton’s attempt to pass healthcare reform through Congress fall flat on its face, and George W. Bush, who entered the highest state post in 2001, did not pay attention to the problem. In many ways, this circumstance determined Obama’s victory in the presidential election in 2008, since the issue of healthcare among Americans was very acute.

Since the introduction of state insurance in the United States is impossible for a number of economic reasons, Obama was faced with the task of presenting an alternative to this system, reducing the number of uninsured Americans and enabling seriously ill people to get help from a specialist. What was the main idea of the reform of the Democratic president? The essence lies in the obligation of insurance companies to provide assistance to people with “pre—existing diseases”, introduction of more or less the same insurance fee for all Americans, as well as subsidies for those who do not have enough funds to buy a standard plan.

The reform called Affordable Care Act (or Obamacare) was implemented as follows. Since 2013, every American has been obligated to buy health insurance, and those who refuse to purchase it pay a fine not exceeding the average cost of the policy. If a person does not have enough money to buy insurance, the state subsidizes its purchase. Meanwhile, in case of receiving subsidies, an American is obliged to buy it on specially organized exchanges. They were created at the federal and state levels.

Employers and insurance companies, after the entry into force of the Obamacare provisions, are prohibited from refusing to provide a policy to those who are already seriously ill. Companies with a staff of more than 50 people undertake to purchase medical insurance for employees. At the same time, entrepreneurs are provided with subsidies for employee insurance, but if an organization refuses to issue insurance to an employee, it also pays a fine.

Insurers were presented with a number of other conditions. Thus, in accordance with the provisions of Obamacare, any insurance plan must include at least:

In addition, the state has met women halfway and forced insurers to include payment for contraceptives and pregnancy management in mandatory plans.

As part of the reform, the Medicaid program for providing medical services to low-income residents began to cover a much larger number of people in almost all states. As for senior citizens, if earlier insurance companies could increase the cost of a policy for the elderly at their discretion, now they are prohibited from multiplying the cost more than three times.

According to Obama’s plan, the reform was supposed to turn the curve of medical expenses downward, both for the Americans themselves and for the state. However, everything turned out exactly the opposite: spending on Medicaid and Medicare grew at an unthinkable pace (from 2014 to 2015, they increased by 13%, according to the Congressional Budget Office), and citizens’ insurance premiums began to grow even faster.

What did the reform lead to?

Affordable Care Act has fulfilled its main task: there are actually fewer uninsured Americans. However, Obamacare had a negative impact on people who never required an insurance policy at all, and those who paid insurance premiums before, but now began to pay insurers much more.

Why have Americans’ spending increased? There are several million more insured people, and the packages of services that medical institutions are now required to provide have expanded. In addition, the number of clinic patients has increased due to commitments to serve people with “pre-existing diseases” and the poor. This led to a huge increase in the costs of medical institutions, which inevitably led to an increase in insurance premiums on almost all coverage plans, although Obama promised the opposite trend. This price jump did not become sky-high only thanks to another provision of Obamacare: insurance companies were required to spend at least 80-85% of revenue to pay for the treatment of customers.

State subsidies for the purchase of health insurance actually began to discourage people who started either working less or staying in low-paid jobs. The reason is simple — the lower the salary, the more state benefit.

All the negative consequences of the reform continue to be fuelled by the discontent of the country’s population.

According to an April poll by the Gallup International sociological service, only 26% of respondents wanted to leave the Affordable Care Act in its current form, while 40% saw the need for significant changes and 30% wanted the reform to be completely abolished.

At the election, people preferred Donald Trump, among other things, because of his main election promise – to “repeal and replace” Obamacare. At the same time, in fact, Trump’s plan was not to completely eliminate the entire reform, but to cancel only a number of provisions and amend its other points.